At Hall, Bloch, Garland & Meyer, we have been providing our clients with exceptional legal representation since our founding in 1895. Our commitment to our clients has led to a reputation for obtaining outstanding results for our clients and providing practical solutions for their personal and business needs.

Located in Macon and Atlanta, our firm is ideally located to provide timely, cost-effective representation for our clients throughout the state of Georgia. With any city in Georgia within reach of one of our two offices, our diverse team of attorneys has extensive experience with the majority of local courts in the state. Get to know our capable and highly qualified team members on our Attorneys page.

The firm that would eventually become Hall, Bloch, Garland & Meyer has been in continuous existence since the late 19th century. It was originally founded by John J. Hall after he returned to Macon from Washington, D.C., where he had been assistant attorney general to the Grover Cleveland administration.

From this strong beginning, our firm has expanded our law expertise and areas of practice and now operates as a full-service, fully qualified law firm. In 2011 our team of attorneys merged with the Atlanta law firm of Crowley and Clarida, LLP, retaining the name of Hall, Bloch, Garland & Meyer, LLP, and our reputation of legal excellence. Throughout our long history, Hall, Bloch, Garland & Meyer has maintained our commitment to exceptional legal service, professional integrity, and compassionate representation.

Our main focus is delivering high-quality legal services to our clients. More than merely skilled legal work, quality service encompasses being personable, responsive, and efficient. Our priority is to help clients achieve solutions to their problems in a timely and cost-effective manner.

At Hall, Bloch, Garland & Meyer, we know that the key to our success and longevity is the satisfaction of our clients. We’ve earned a reputation for personalized service that the large Atlanta firms cannot compete with. Clients love our individualized approach and being able to speak directly with the attorney who is handling their case. Client loyalty is the secret of our 120 years of successful practice.

Hall, Bloch, Garland & Meyer has a long history of achieving success both in and out of the courtroom. The firm has many long-standing clients, some of whom have been represented by Hall, Bloch, Garland & Meyer for over a century. Our firm’s excellent reputation and many long-standing clients demonstrate our record of providing our clients with superior legal representation.

Our attorneys have earned much-deserved recognition for their success. Attorneys at Hall, Bloch, Garland & Meyer have been recognized by their peers as among the top attorneys in Georgia and nationwide. Our attorneys have produced numerous published opinions that not only represent victories for our clients but also set leading legal precedent in various practice areas of the law. The Macon Bar Association recently selected one of our attorneys as the recipient of its prestigious Judge William Augustus Bootle Professionalism Award. Additionally, attorneys at Hall, Bloch, Garland & Meyer have served as professors at the Walter F. George School of Law at Mercer University, as well as Emory University School of Law. Our record of accomplishment speaks to our commitment to our clients and our continuing desire to provide them with the highest quality of legal services possible. 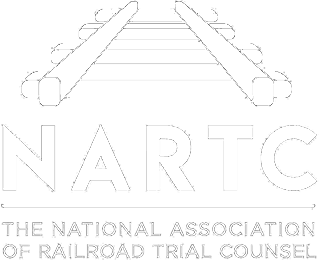